Three prominent Civil War Historians are coming to the UA campus to discuss their experiences with using digital projects in the classroom and in their research. They will also address the ways in which the Civil War has gained relevance in today’s current political climate. The panel discussion will be held in room 30, ten Hoor Hall, from 5 – 6:30 pm, on Thursday, September 14. 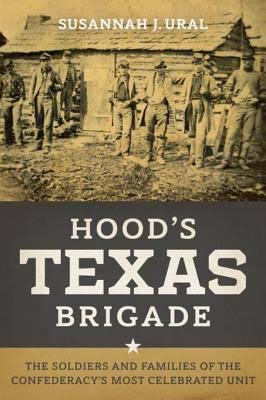 Susannah J. Ural is co-director of the Dale Center for the Study of War & Society in the history department at the University of Southern Mississippi. A war and society scholar by training, Ural’s work focuses on soldiers and families of the U.S. Civil War era. Ural’s fourth book, Hood’s Texas Brigade: The Soldiers and Families of the Confederacy’s Most Celebrated Unit, will be released by LSU Press in November 2017. She serves as President of the Mississippi Historical Society and as chair of the editorial board of The Journal of Military History. Ural will present “The Beauvoir Veteran Project: Digitizing a Social History of Mississippi’s Confederate Home,” which is tied to the website: beauvoirveteranproject.org. Judith Giesberg, Professor and Director of Graduate Studies in the Department of History at Villanova University, is the author of five books, including Emilie Davis’s Civil War: The Diaries of a Free Black Woman in Philadelphia, 1863-1865 (2014), and, her latest, Sex and the Civil War: Soldiers, Pornography, and the Making of American Morality (2017), which explores pornography and the sexual culture of the U.S. Army camps during the Civil War. Giesberg has directed three digital project with her students, Memorable Days: The Emilie Davis Diaries, A Great Thing for Our People: The Institute for Colored Youth in the Civil War Era, and Last Seen: Finding Family After Slavery. Currently, Giesberg is editor of the Journal of the Civil War Era. She will present: “Learning Together: Doing Digital History with your Students.” Anne Sarah Rubin is a Professor of History and Associate Director of the Imaging Research Center at the University of Maryland, Baltimore County. Her study of the place of Sherman’s March in American culture and history, entitled Through the Heart of Dixie: Sherman’s March in American Memory was published in September 2014 by UNC Press. The project also has a multimedia component, which can be found at http://www.shermansmarch.org. Her co-edited book, The Perfect Scout: A Soldier’s Memoir of the Great March to the Sea and the Campaign of the Carolinas will be published by the University of Alabama Press in 2018. Rubin’s first book, A Shattered Nation: The Rise and Fall of the Confederacy (2005), received the 2006 Avery O. Craven Award from the Organization of American Historians, for the most original book on the Civil War era. She was also a co-author of the award-winning Valley of the Shadow, an interactive history of the Civil War in two communities. Rubin’s talk is entitled: “Replaying the Past: Building Games for the History Classroom.”

This event is free and open to the public, and will be monitored by Lesley J. Gordon, the Charles G. Summersell Chair of Southern History. Authors’ books will be available for purchase after the event.