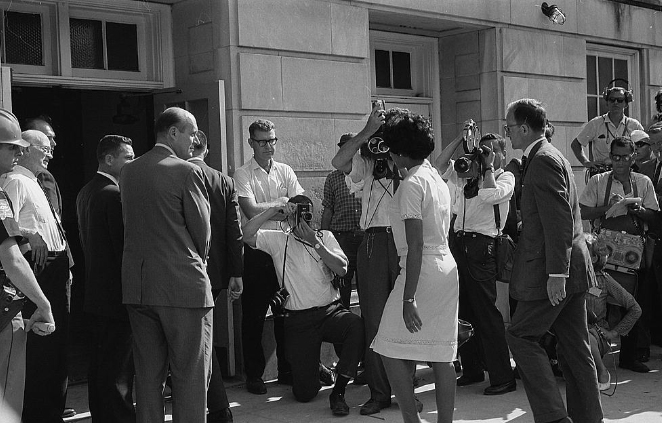 The Alabama Women’s Hall of Fame recently announced that Ms. Vivian Malone Jones will be inducted into the Hall’s upcoming 2021 class. Malone Jones was one of two students who integrated The University of Alabama on June 11, 1963. Two years later, she was the first African-American to earn a degree from UA. After graduation, Malone Jones worked for the US Department of Justice and later the Environmental Protections Agency. In 1996, former Alabama Governor George Wallace, who had stood in the doorway to block her admittance thirty-three years earlier, presented Malone Jones with the inaugural Lurleen B. Wallace Award for Courage, named for his late wife.

Her application was prepared by Dr. John Giggie, Director of the Summersell Center,  John Pace (undergraduate history major), and US Senator Doug Jones.

They will join members of Ms. Malone Jones family for the formal induction next fall.