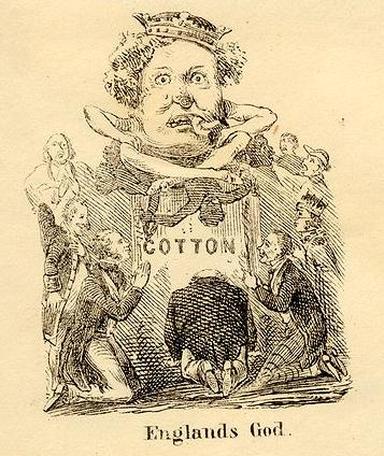 Daniel Leon, an MA student studying US and British relations during the American Civil War, published an op-ed piece with the St. Louis Post-Dispatch recently.

Leon argues that the economic and political lessons learned from the South’s exit from the world cotton market, as well as the inherent dangers of both an economy based primarily on a single product and of nations whose dependence on that product seeks to dictate its foreign policy, are relevant to world’s current response to Russia’s ongoing assault upon Ukraine.

Leon: Lessons From the Civil War for the current Ukraine situation

“On March 31, President Joe Biden announced that the United States would release oil from its strategic reserve to counteract the impact of sanctions enacted earlier last month, which penalized the importation of Russian energy. Although it remains to be seen if these sanctions are capable of deterring Russia’s resolve to wage war, it’s worth revisiting a different war that also affected the world’s most precious commodity of its day. During the American Civil War, the Confederate states cut the world off from the South’s cotton in an effort to coerce Europe, especially Great Britain and France, into intervening on its behalf. While this strategy failed, exploring King Cotton diplomacy and Europe’s response to its implementation offers us lessons relevant for the current Ukraine situation.

“In the decades leading up to the Civil War, the world became dependent on cotton grown in the American South. While a few textile mills existed below the Mason-Dixon line, southerners sent the vast majority of their cotton to the northern states, Great Britain, and France. As both Europe’s dependence on the South’s cotton and the prospect of secession grew to concerning levels in the mid-1850s, southerners began forming the doctrine of King Cotton. If the South voluntarily cut off its overseas friends from their white gold, Europe would be forced to help the South in the event of war. While historians still debate why King Cotton’s majesty failed to coerce Europe into the war, a few things on this subject can be said with certainty. Two are especially pertinent.”

Read the rest of Daniel Leon’s Op-Ed at the St. Louis Post-Dispatch‘s website.