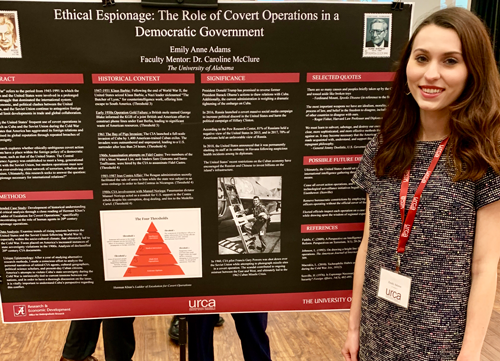 Emily Adams presented “Ethical Espionage: The Role of Covert Operations in a Democratic Government,” a project she has completed with Dr. Caroline McClure in the Geography Department. This research explores whether ethically-ambiguous covert action operations have a place within the foreign policy of a democratic government by analyzing the United States’ covert operations in Cuba during the Cold War. By combining research in political theory, historical study, published interviews, case studies, and a personal trip to Cuba, Adams seeks to answer the question: “Is espionage necessary for international relations?” 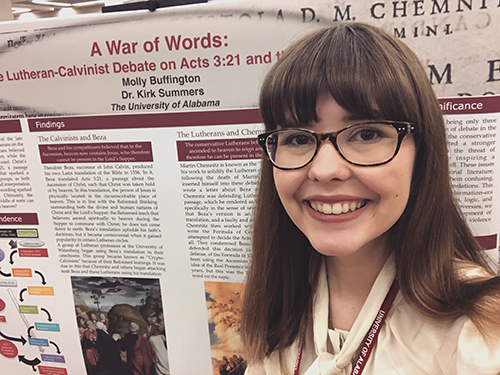 Molly Buffington presented her ongoing project with Dr. Kirk Summers of Classics, “A War of Words: The Lutheran-Calvinist Debate on Acts 3:21 and the Eucharist.” In her work, Buffington explores a sixteenth-century conflict between the Lutheran and Calvinist churches over the translation of Acts 3:21, a passage describing the ascension of Jesus, and how these differences of translation and interpretation shaped the two faiths’ understanding of the Eucharist and of themselves. This work ties into larger discussions of Confessionalization in the late Reformation, translation theory, and the relationship between the logical and the supernatural. 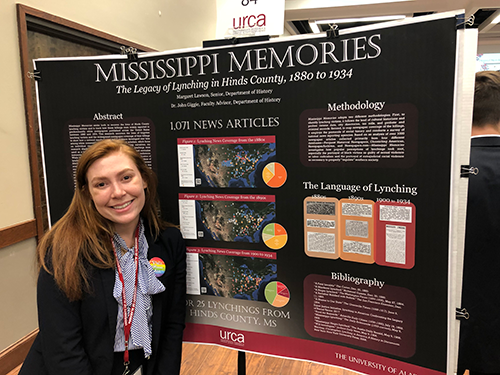 Margaret Lawson presented on her work, “Mississippi Memories: Lynchings in Hinds County, Mississippi, 1880-1934.” Lawson worked with Dr. John Giggie to map the history of lynching victims in Hinds County, discovering four previously unrecorded killings, and tracked how stories about them circulated through the press. Researching local and national newspaper databases, she discovered that the nearly two dozen lynchings in Hind County generated over 1000 news reports – mostly in white newspapers published North and Midwest – that contributed to the formation of a national vocabulary of black criminality.

We are very proud of our undergraduates and the research they are conducting around campus!