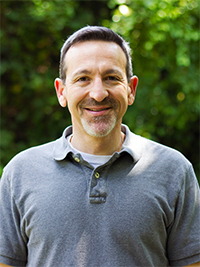 Thank you for spending time with the Spring 2022 newsletter from the Department of History, which contains a great deal to get you caught up on at least some activities happening both in and beyond the classroom.

I typically spend the update from the Chair singing the well-deserved praises of our incredible students, instructors, and faculty. But I write this one with something of a heavy heart and would like to devote space to mourning the recent loss of two people who have made significant impacts on the department, the university, and the nation.

When Autherine Lucy Foster passed away on March 2, she left behind a legacy of tremendous courage as a pioneer in the struggle for Black civil rights in the United States. Facing death threats and the wrath of an angry and violent mob as she integrated The University of Alabama in 1956, she attended classes for just three days before the university suspended and then expelled her. Her experience led Rev. Dr. Martin Luther King Jr. to observe that whatever calm was restored to campus by her removal was “purchased at the price of allowing mobocracy to reign supreme over democracy,” and the university did not withdraw her expulsion until 1988. But Autherine Lucy Foster returned to UA thereafter and received a master’s degree in 1992. She was awarded an honorary doctorate from UA in 2019, and the university held a ceremony to name the building housing the College of Education in her honor as Autherine Lucy Hall just days before her death at age 92.

On March 3, Dr. Howard Jones died at the VA Medical Center in Tuscaloosa after an illness. A specialist in American foreign relations and diplomacy, Dr. Jones taught in the Department of History for nearly forty years before his retirement in 2013, and he was author or editor of more than a dozen books. He was named a University Research Professor and was awarded both the Burnum Distinguished Faculty Award and the Blackmon-Moody Outstanding Professor Award from UA. He also served as Chair of the department for a number of years, and I am personally proud to have been hired during his tenure in that position. A named scholarship is annually awarded to two History students in his honor.

Please keep the families of Dr. Lucy Foster and Dr. Jones in your thoughts.

We encourage you to stay in touch with us in the Department of History, and to follow departmental news on our Facebook page, our Twitter and Instagram feeds, and on the department website. As always, we want you to be part of our future as we continue to explore our past.