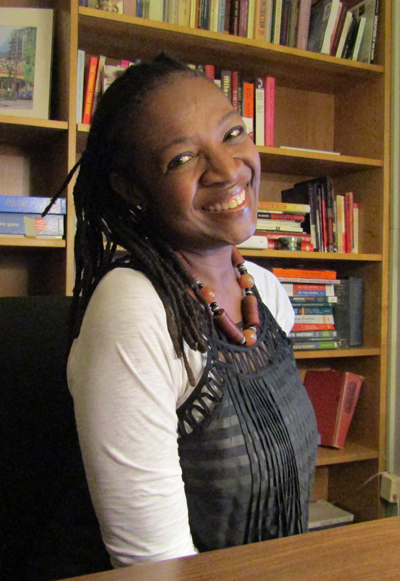 Assistant Professor Sharony Green continues to bring innovative research and courses to our department. Recently, the Dinah Washington Cultural Arts Center showcased Dr. Green’s ongoing research project, where she examines postwar black migration to Miami, Florida, featuring video clips of oral history interviews she conducted and a soundtrack curated by her HY 300 class, which was meant to provide an aural backdrop to her research. The students were instructed to pick songs that they would play “on heavy rotation” if they were taking a long road trip in order to leave the past behind. By combining these elements, she hopes to tell the story of how disfranchised people have gained power and improved their lives simply by moving through space.

Another of Green’s projects – The Grant Green Story – is a documentary film about legendary jazz guitarist Grant Green, which will be screened at the Harlem International Film Festival later this fall. Dr. Green says that this film fits in well with her research interests at large: people migrating in search of a better life. Like countless other individuals in post-war black migration, she explains that Grant Green’s parents moved 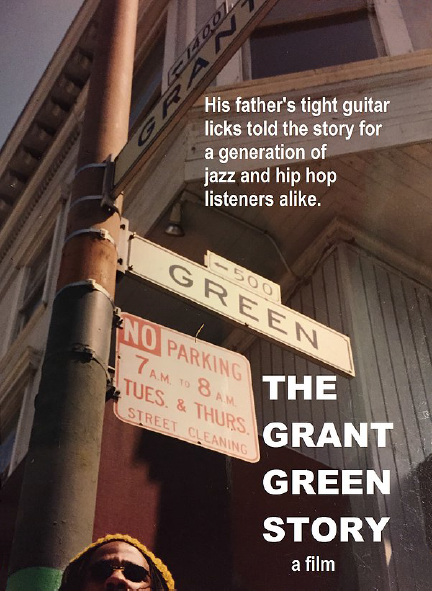 from Tennessee to St. Louis in order to improve their lives. Dr. Green says it is not only a celebration of a talented jazz guitar player but a story of his son’s journey to understand his father, too. The film is a product of some twenty years of research and work, drawn from a book Sharony Green published in the 1990s. There were delays in getting the footage, and when Dr. Green finally got tapes, she recruited a University of Alabama student to help her review their condition.

Dr. Green’s varied experiences have impacted both her film and her teaching style. She left her job as a journalist in the 2000 and worked as an editor and proofreader for a New York record company. She was laid off in the aftermath of 9/11 and decided to go back to school. She earned a Master’s in Dance, but a history professor she had worked with convinced her to pursue a Ph.D. in history. She got her doctorate from the University of Illinois in 2013.

In her HY 300 class, “Bebop to Hip Hop: American Music,” Green encourages students to show how music can be a reliable evidentiary base for examining social events. Music is how “we tell stories to ourselves,” she says. She enjoys studying history through music because even though it is academic, “the research is accessible to everyone! You can use what you love because they see and feel your energy.” She’s very excited about teaching the class and what her students will create, as they are tasked with creating their own mixtape to narrate American history.

Dr. Green’s next project will be looking at Florida as a place of instability and unexpected growth. She wants to track the region from the Spanish colonization of Saint Augustine, to Andrew Jackson’s war with the Seminoles, through post-war black migration, and even the rise of University of Miami football. Though seemingly disparate, she says these topics are all connected to her core research question: “How do unlikely people gain power?” She admits that it is a huge task. “I don’t know how I’m going to do it, but I’m going to,” she says. “I’m excited about it, so I think that’ll do it.”