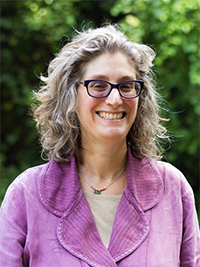 Dr. Lesley Gordon, the Charles G. Summersell Chair of Southern History, appeared recently in episode two of the SMU Center for Presidential History’s The Past, The Promise, The Presidency, Season One: Race and the American Legacy! podcast, along with presidential historian Jon Meacham.

Andrew Johnson was the lone southern senator to remain loyal to the Union at the outbreak of the Civil War. Abraham Lincoln rewarded his loyalty by first appointing him military governor of Tennessee, then  making Johnson his running mate in 1864. Less than two months into Lincoln’s second term, an assassin’s bullet vaulted Johnson to the presidency.

Lincoln may have thought that Johnson’s addition to the ticket would serve to unite the country, but the events of Johnson’s administration did little to create a sense of peace and unity. In fact, Johnson’s refusal to support the civil rights of Freedmen, leniency toward former Confederates, and continual sparring with Congress led to his impeachment.

Gordon joins the podcast to help discuss Johnson’s legacy and his impact on the presidency and American history.