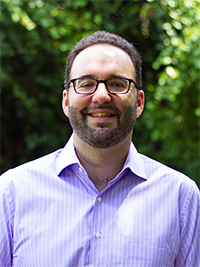 I am a specialist in colonial Latin American history, the Spanish Caribbean, and the Spanish Atlantic. In particular, my research focuses on the Spanish Caribbean world during the seventeenth century. My first book is titled Islanders and Empire: Smuggling and Political Defiance in Hispaniola, 1580-1690 (Cambridge University Press, 2020). In it, I study the role that Spanish societies played in the forging of a Caribbean world in which they were caught in between the competing imperial agendas of Spain and the expanding European powers of the day, namely England, France, and the United Provinces. I analyze how the residents of the Spanish colony of Hispaniola used smuggling to transcend their marginal location and status within the Spanish colonial world and took advantage of the intense imperial competition that engulfed the Caribbean during the seventeenth century. The study of a colonial periphery such as Hispaniola demonstrates how local peoples actively negotiated and transformed the meaning and reach of imperial bureaucracies and institutions for their own benefit. In Santo Domingo, local actors managed to undermine and co-opt the powers of imperial bureaucracies, either by absorbing them into their own patronage networks, or by confronting them with the strength that their colonial isolation granted them. By doing so, they heavily influenced Spanish imperial policy in the Caribbean, and exploiting it for their own socioeconomic advantage.

I have done several conversations about Islanders and Empire online in different places:

Islanders and Empire won the 2021 Alfred B. Thomas Award, given by the Southeastern Council of Latin American Studies (SECOLAS) to the best book on a Latin American subject published by a SECOLAS member in the previous year.

I recently finished an article titled “Pirates, Smugglers, Diplomacy, and the Spanish Caribbean in the Late 17th Century”, (forthcoming). My current work is divided in numerous fronts. I am writing a book chapter on Spanish Caribbean societies up to 1700 to be published in a new Cambridge multivolume history of the Caribbean. I am also slowly diving into two new book projects. One of them is an edited edition of the travel narrative of part-time soldier and full-time adventurer Gregorio de Robles, who traveled through the Caribbean and South America in the late 17th century. I am also starting work on a book about enslaved and free people of African descent in the Spanish Caribbean during the first half of the 17th century, concretely in eastern Cuba, Hispaniola, Puerto Rico, and Jamaica.