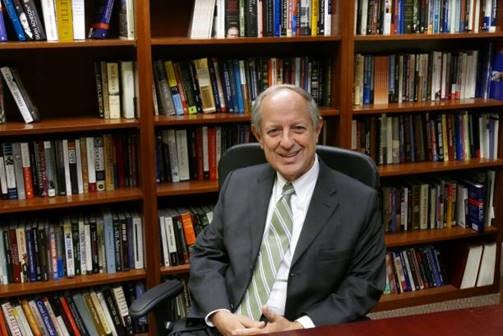 Retired Ambassador Lino Gutiérrez, executive director of the Una Chapman Cox Foundation, will give a public talk on job opportunities within the Washington, D.C. area in both the public and private sectors. This is a great opportunity for students, and others, to speak with an expert in the area of foreign policy and foreign affairs and better understand how their interests may coincide with the needs of institutions, agencies and corporations located near the capital.

A native of Havana, Cuba, Gutiérrez has a master’s and a bachelor’s from The University of Alabama.

In his 29-year foreign service career, Gutiérrez served six U.S. Presidents and 11 Secretaries of State. His last posting was as Ambassador to Argentina from 2003-2006. During his tenure, the United States and Argentina signed agreements on counter-terrorism and counter-narcotics cooperation, and container security. In 2005, Ambassador Gutiérrez welcomed President Bush to Argentina as he attended the Summit of the Americas.

He is also CEO of Gutiérrez Global LLC, a consulting firm specializing on strategic advice for corporations interested in investing in Latin America and Europe. He serves as a member of the Foreign Service Grievance Board, is a professional lecturer at George Washington University, and is on the Board of the Institute for the Study of Diplomacy at Georgetown University.