The British American Nineteenth Century Historians (BrANCH) held its annual conference at Cambridge University, Cambridge, England, October 5-7, 2018. Professors and graduate students interested in all aspects of U.S. History from the period gathered together at Madingley Hall for a weekend of panels, lectures and lively conversations, showcasing the latest research on Nineteenth Century United States history.

Four members of UA’s history department attended and participated in the conference. These included PhD student Dawn Wiley who shared her research in her paper entitled, “My Husband is my Country: Women’s Influence on Desertion in Civil War Georgia.” Dr. Lesley J. Gordon presided on a panel entitled, “State, Society, and Scholarship: Bringing the Battlefield back into the Study of the Civil War,” where post doctoral fellow Dr. Holly Pinheiro, presented his paper on African American women’s activism during the Civil War. PhD student Spencer York also presented his research on slavery, rice, and the environment in antebellum South Carolina. 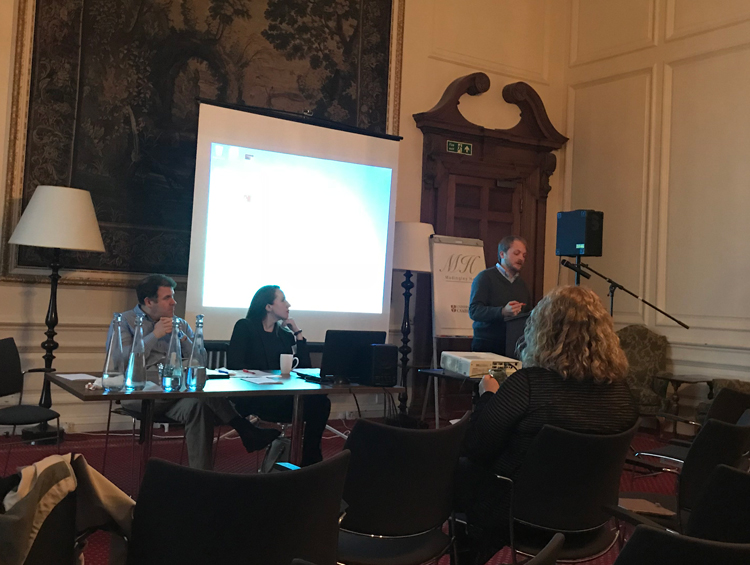 The response from attendees was very positive. Holly Pinheiro said that participating in the 2018 BrANCH conference “provided me with the opportunity to receive valuable feedback as I hone my monograph’s main arguments. Additionally, listening to a wide array of scholars whose studies on issues of race, gender, class, and science gave me new historical perspectives that I need to bear in mind in my work.” Spencer York stated that BrANCH “fosters an environment of professional camaraderie that is second to none.” He was able to make connections with junior and senior scholars that he believes will be beneficial throughout his career, especially after he graduates and enters the job market.  York highly recommends BrANCH to graduate students interested in nineteenth-century American history. Dawn Wiley commented that these experiences “speak volumes to the power of attending conferences and the importance of graduate student attendance and participation.” She added that “presenting my research at BrANCH allowed me the opportunity to become an ambassador of the University of Alabama’s strong southern history program and convey to other academics the wonderful ways our department supports and assists its aspiring future scholars that is unmatched by any other university. I was proud to be among The Alabama contingent at BrANCH.”