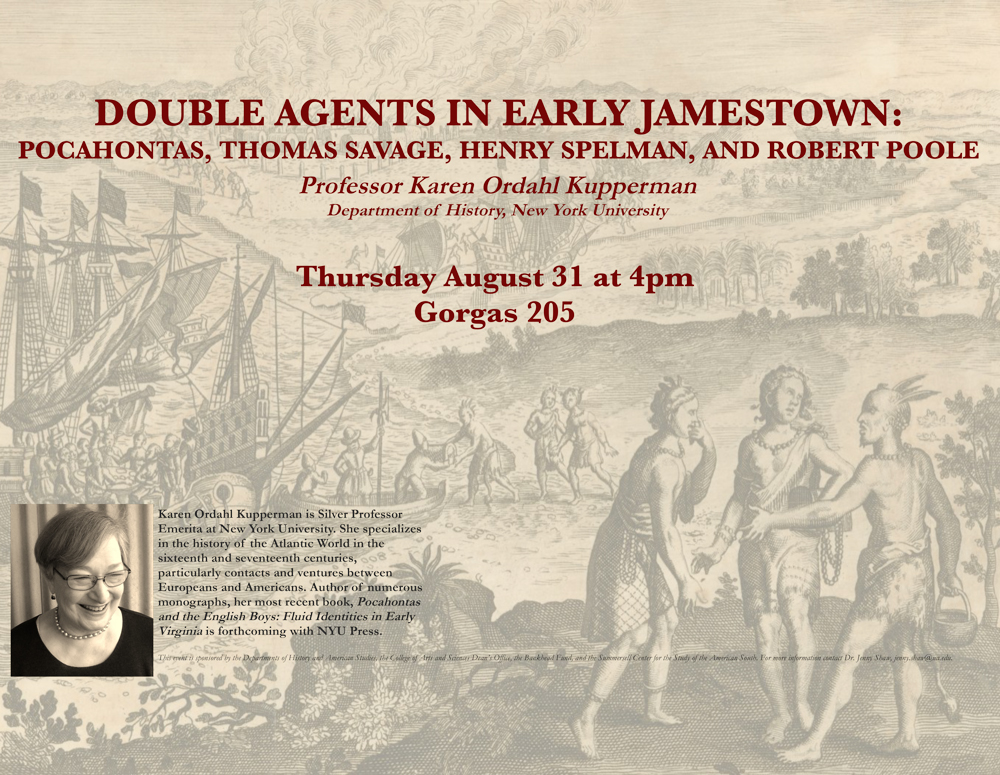 Thousands of people found themselves living in new and strange circumstances as the Atlantic Ocean was transformed from a barrier to a pathway in the sixteenth century. Jamestown, England’s precarious early seventeenth-century colony, was filled with people whose “true” identity was unclear, including Pocahontas, and three English boys, Thomas Savage, Henry Spelman, and Robert Poole. The boys, like Iberian, French, and English boys before them, were left with Pocahontas’s people to learn their language and culture. Pocahontas, like other American and African children who encountered European colonizers, was taken by the English in exchange. Young children quickly learned the language and culture of those they lived among, and became the intermediaries for future negotiations, especially as they were viewed on all sides as less threatening than adults and more adaptable to new circumstances.

But as the go-betweens grew up, their situations became problematic; the more they knew, the more leaders on both sides mistrusted their information and advice. Europe was full of double agents, who spied for their birth country, but also (in order to get access to the information they needed), for the country or countries on whom they were supposed to be informing. Governments knew that their spies were double agents. Thus they were always wondering how far they could trust their agents to tell them the truth (in whole or in part) about their political rivals. In Jamestown, colony leaders began to doubt Thomas, Henry, and Robert, saying they had “turned heathen” as a result of the time they spent with Powhatan Indians. Meanwhile Pocahontas married an English man and converted to Christianity, rendering her redeemed in English eyes. In reality the boys and Pocahontas, were participants in the constant process of reinvention that characterized all actors in the Atlantic World.