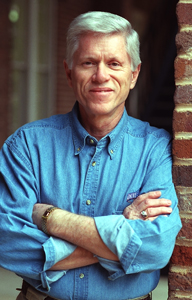 This June, Professor Emeritus Howard Jones published My Lai: Vietnam, 1968, and the Descent into Darkness, a look into one of the most infamous incidents in the Vietnam War.

On March 16, 1968, a group of American troops entered a South Vietnamese hamlet referred to as My Lai, the name of one of the hamlets. Within three hours, they had killed over five hundred unarmed civilians. Though the army attempted to suppress coverage of the event, helicopter pilot Hugh Thompson and door gunner Lawrence Colburn spoke out about what they saw. My Lai and the way it was handled by the U.S. government quickly became a national controversy. Dr. Jones says that no atrocity in the Vietnam War “came close to My Lai in either the number of victims or the deeply personal—the murderously intimate—nature of their killing. … My Lai had laid bare the war, revealing that it was unwinnable and that, in the process of fighting for democracy and a way of life, America had lost its moral compass.”

Compelling, comprehensive, and haunting, Howard Jones’ My Lai is based on both exhaustive archival research and extensive interviews with both American and Vietnamese participants and nonparticipants in the massacre, including Lawrence Colburn and Vietnamese survivors. Jones’ work will stand as the definitive book on one of the most devastating events in American military history.

New York Times book reviewer Thomas E. Ricks says that Jones’s work is “at once painful and useful,” adding that My Lia: Vietnam, 1968, and the Descent Into Darkness is “likely to become the standard reference work” on the subject. John Williams, the Daily Books Editor for the Times, has included My Lia in his list of “11 New Books We Recommend This Week.”

The BBC’s Max Hastings, writing in the London Review of Books, calls Jones’s work a “cool, comprehensive” and as thorough “account as we are ever likely to have of this defining act of military barbarism.”