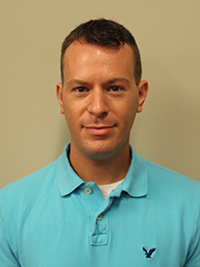 ‘”The veryest rake and the worst of husbands in the world’: Exclusivity and the Gentry Family in Early Eighteenth-Century England.” Seminar paper in progress.

“Indian Traders in the Atlantic Economy: The Effects of the Yamassee War on Colonial South Carolina Trade.” Article under consideration.

I am currently working with a set of 17th and 18th-century family letters that explore the migration of an English family of the gentry class to the emerging colony of South Carolina.