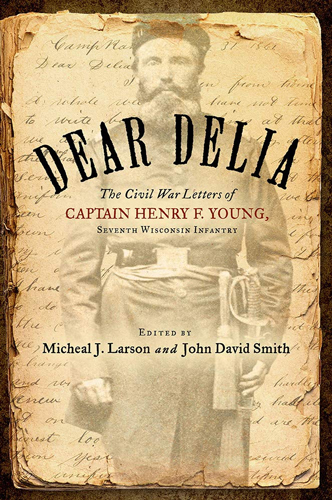 Join us to hear Dr. John David Smith’s lecture “The Making and Meaning of Dear Delia: The Civil War Letters of Captain Henry F. Young, Seventh Wisconsin Infantry.” Henry Young, an officer in the famed Iron Brigade, wrote 155 letters home during the Civil War, offering insights and details of military service that enable readers to witness the war through his eyes. The correspondence highlights the candid perspective of a young officer from America’s western heartland who was fiercely determined to preserve the Union no matter the cost.

Dr. John David Smith is the Charles H. Stone Distinguished Professor of American History at the University of North Carolina at Charlotte. He has published thirty books, many of which center on slavery and the American Civil War. His most recent book, Dear Delia, just appeared in 2019. Dr. Smith has received many awards, including the Mayflower Society Award for Nonfiction and The Gustavus Myers Center Award for the Study of Human Rights in North America.