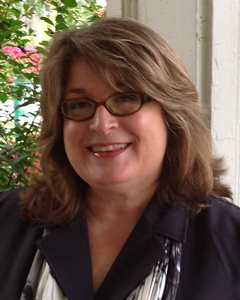 Baker says that students should not feel overly pessimistic about finding work. “You’ve got to look for jobs, but you never know what elements in your particular experience might fill a need in the end,” she says. “Be willing to take a circuitous route, if necessary.”

Her own career path was not at all straight-forward. As an undergraduate, Baker wanted to be a hospital administrator and had no interest in history or in publishing. Her interest in history began in her late 20s, when she developed an “addiction to genealogy” and found herself wanting to understand the world her ancestors inhabited. But a career in history did not cross her mind for quite some time. She dabbled in screenwriting, worked for a lawyer and real estate developer, and did computer training and customer support. She finally began to work on a master’s degree in history at UAB, while building a communications career at a computer corporation.

Eventually, the opportunity for a career in history presented itself at Alabama Heritage. “I had no magazine experience at all,” Baker said. However, she says that her unusual trajectory, while perhaps not the most direct path, got her there; similar twists and turns in life should not be worrisome to undergraduates. “You milk the value you can get out of every experience,” she says, “because you may work in a job not involved in history, but you never know what will open the door for you. Everything can be of value.”

As a University of Alabama employee working on Alabama Heritage, Baker’s PhD in history was fully funded. She studied U.S. southern history, writing a dissertation on fringe ideas of the afterlife in the antebellum South. And other doors began to open at the UA Press and the Alabama Bicentennial Commission. “Working on the PhD opened doors for me that would not have otherwise been opened.”

Baker suggests that undergraduates broaden the scope of their job search to include public history fields such as museums, genealogical projects and societies, libraries, and other places that end up being “unexpected fits” for students of history. She also says it is important to “follow your bliss” and “build up your networks” to gain experience, learn new things, and build a resume.

“I would never tell anyone, ‘If you want to be a magazine editor, don’t ever work in magazines!’” Baker says. “But when life’s road takes you somewhere else than you planned, it can end up being fabulous.”