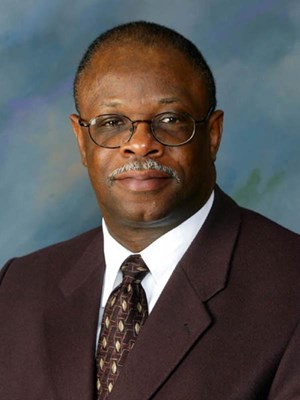 Sylvester Croom, Jr., a 1975 graduate from The University of Alabama’s Department of History, was selected as a member of the 2022 College Football Hall of Fame induction class. Croom played center for the Crimson Tide from 1972 to 1974, and completed his college degree before turning twenty-one.

He was a captain on the 1974 squad, won the 1974 Jacobs Blocking Trophy, and was named a Kodak All-American. As a player, Croom was a part of three SEC championship teams and the 1973 national championship team. The Crimson Tide’s “Sylvester Croom Commitment to Excellence Award” is named in his honor.

After graduation, Croom played for the New Orleans Saints for one year before returning to the Capstone as a graduate assistant to Coach Paul Bryant. He spent ten years at Alabama as an assistant coach before moving to the professional ranks. Croom returned to college football in 2004 as head coach of the Mississippi State Bulldogs, a post he held until 2008, becoming the first African-American head coach of an SEC football team.

Croom will be officially inducted into the Hall of Fame on December 6, 2022, during the National Football Foundation’s 64th Annual Awards Dinner.