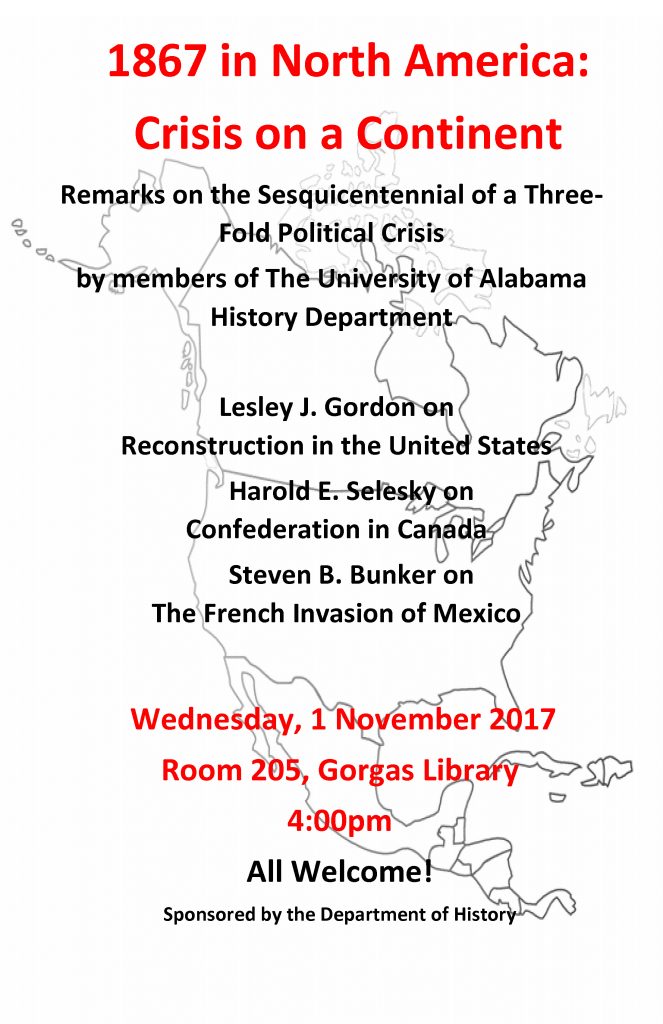 1867 was a tumultuous year for the nations of North America.

The United States, only recently in the throes of a Civil War, was faced with the task of reintegrating the Confederate States and constructing legal protections for newly-emancipated freedmen and women.

At the same time, Canada was also being knit more closely together, formed into a nation composed of Quebec, Ontario, New Brunswick, and Nova Scotia.

Finally, after an ill-fated invasion by Napoleon II, Mexico regained its independence in 1867, with the withdrawal of French forces and the execution of the Austrian Maximilian I.

Rather than being separate events, these massive changes were linked together in intricate ways, marking 1867 as a year of profound and dramatic change on the continent.

This event features presentations from the following Department of History faculty:

Steven B. Bunker, “The French Invasion of Mexico.”